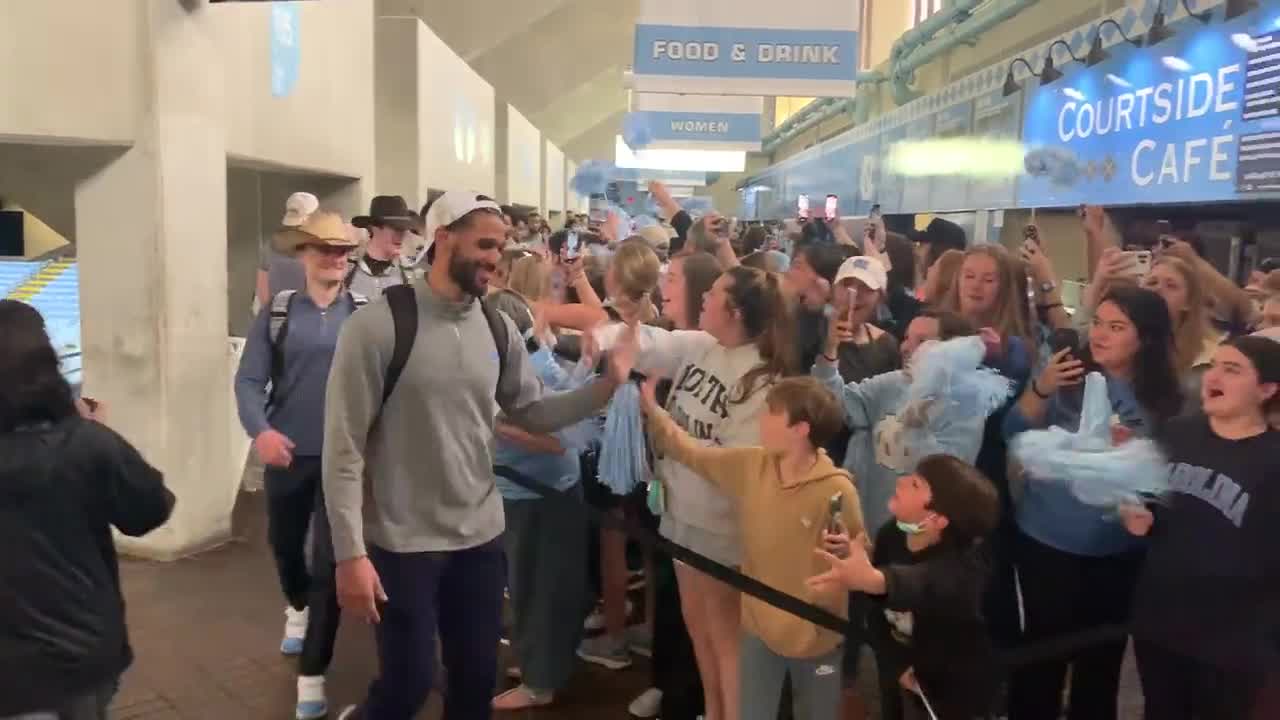 CHAPEL HILL NC (WNCN) — North Carolina basketball is heading to the Sweet 16, but not before a celebration in Chapel Hill.

Fans and students created tunnels of Tar Heels, supporting their teams as they departed on Wednesday night.

“We got here, like, an hour early just because we’re so excited to see them,” student Sarah Brooks said. “So we just want to let them know that we support them.”

The No. 8 men’s team left the Dean Smith Center just after 6 p.m. They’re heading to Philadelphia to take on No. 4 UCLA.

Fans are confident after a surprise victory against defending champions Baylor this weekend.

“He was a nail biter for sure, he jumped up and down a lot in our living room,” student Isaac Brown said. “But I was very excited to see them win and yesterday to see the girls win was really great.”

Then less than an hour later, the women’s team took off from Carmichael Arena. The team travels to Greensboro to take on the best South Carolina.

“I think we’ve had a really, really good save for the last few games and I really think if the women can pull it off I’d like to see them go into the top eight, and the men for sure.” , student Katie Acts.

The two games of the men’s and women’s basketball teams will take place on Friday evening.