KIGALI (Rwanda) – US Monastir of Tunisia won the second edition of the Basketball Africa League (BAL) on Saturday after beating Petro de Luanda of Angola 83-72.

Thousands of fans flocked to the BK Arena in the Rwandan capital, Kigali, to see US Monastir claim their first continental trophy after several attempts.

Last year, the Monastir-based club finished runners-up in the inaugural BAL after losing to Egyptian side Zamalek.

Monastir last finished on the podium in a major continental competition in 2017 when they finished third in the FIBA ​​Africa Champions Cup held in Radès, on the outskirts of the Tunisian capital Tunis.

In the first-ever encounter between US Monastir and Petro de Luanda, the Tunisian champions fought back from a nine-point third-quarter deficit to deprive the Angolan champions of their third continental trophy. Petro won two African Champions Cups in 2006 and 2015.

The BAL 2022 quarter-finals were made up of the top four teams from the Sahara and Nile Conference. FAP made history by becoming the first team in FIBA’s Road to BAL Qualifiers to reach the semi-finals. The other three semi-finalists automatically qualified for the regular BAL reason.

The American goalkeeper of Monastir, Michael Dixon, has been voted the most valuable player of the BAL 2022. 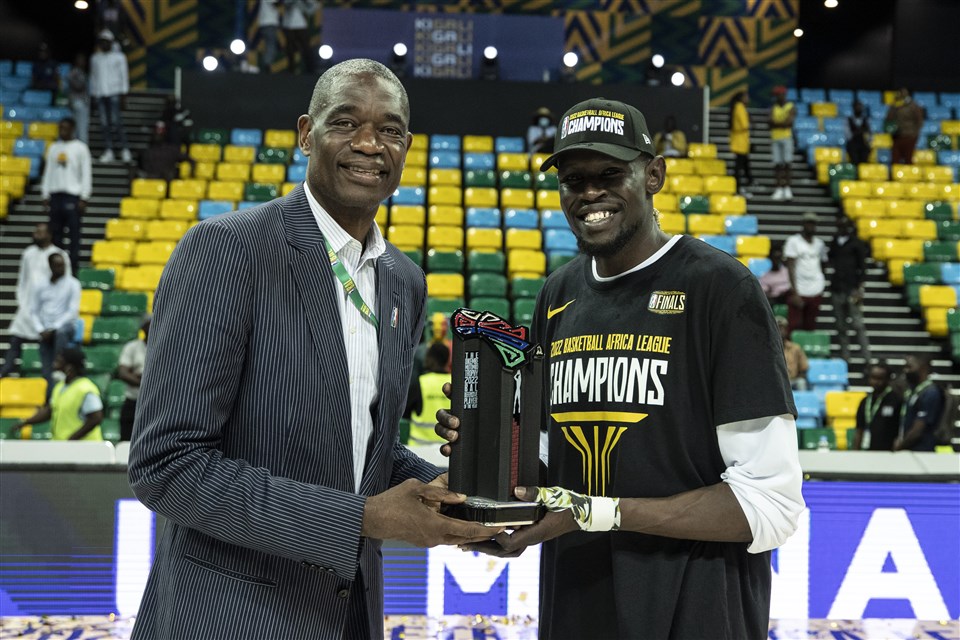 The 2.11m (6ft 11in) center Majok was awarded the 2022 Dikembe Mutombo Defensive Player of the Year. Speaking to the media, BAL President Amadou Gallo Fall noted that “BAL provides a platform for talented young players to stay at home and play for their clubs. The fact that we have demanded “To have two players under 22 in each team is a signal that we want to focus on identifying and showcasing African talent. We also want to attract global talent. It’s happening here in Africa.”

Fall went on to say, “We’re always looking to improve and keep innovating. We’re going back to the drawing board, looking at everything that’s happened this season, and at the end of it we’ll come up with a plan. We seek to grow over time to become one of the best professional basketball leagues in the world.”

FIBA Africa President and BAL Board Chairman Anibal Manave said: “This year’s BAL was more like what we were trying to achieve. We organized matches in three countries, which is a positive sign. Overall, it was a successful season. The group stage, with the 12 teams divided into two conferences of six teams each, was very competitive. It’s good to see that clubs and national federations embrace the goal of the BAL.”

“BAL is more than a competition between African clubs. It is a global project. We are training coaches, referees and club administrators to improve BAL.”

About FIBA
FIBA (fiba.basketball) – the world governing body for basketball, is an independent association formed by 212 national basketball federations around the world. It is recognized as the sole competent authority in basketball by the International Olympic Committee (IOC).

For more information on FIBA, visit fiba.basketball or follow FIBA ​​on facebook.com/fiba, twitter.com/fibainstagram.com/fiba and youtube.com/fiba.

About BL
The BAL, a partnership between the International Basketball Federation (FIBA) and the NBA, is a new professional league featuring 12 club teams from across Africa. The BAL, headquartered in Dakar, Senegal, builds on the foundations of the interclub competitions that FIBA ​​Africa Regional Office has organized in Africa and marks the NBA’s first collaboration to operate a league outside of North America. Fans can follow BAL @theBAL on Facebook, Instagram, Twitter and YouTube and register their interest in receiving more information at www.bal.nba.com.