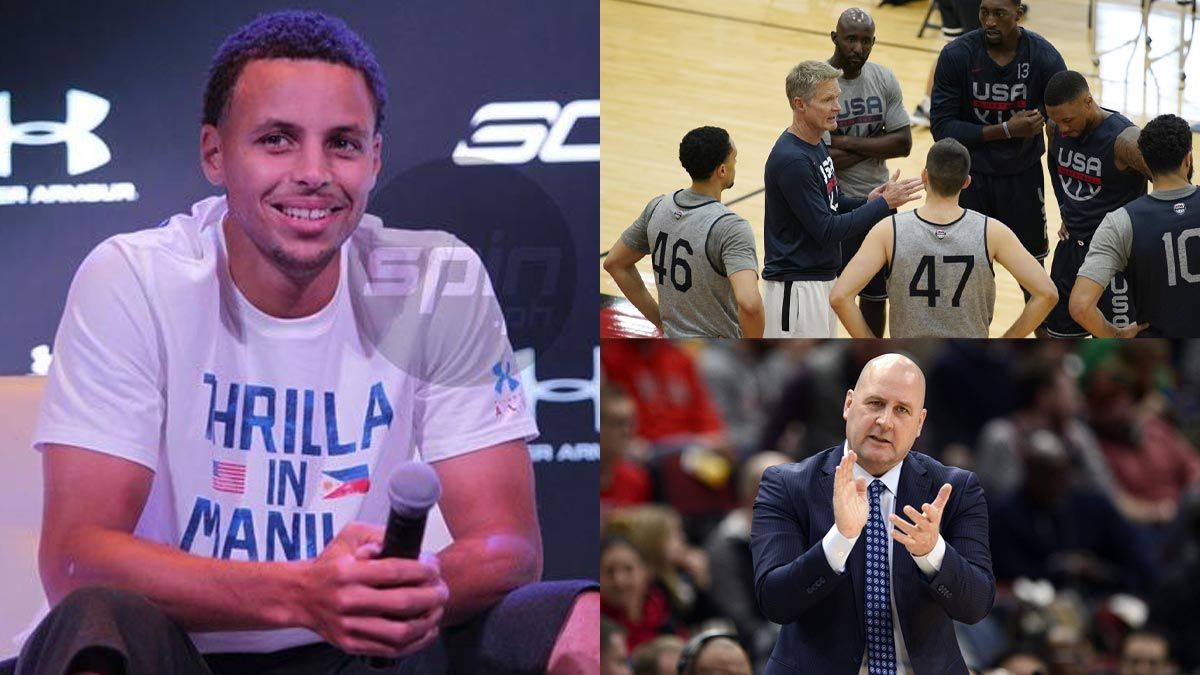 LAS VEGAS – There is no roster. No schedule for games either. USA Basketball has yet to even qualify for next year’s Fiba Basketball World Cup and likely won’t be able to clinch one of the 32 spots in that arena until November at the earliest.

The countdown is still on.

Thursday (Friday Manila time) marks exactly one year before the start of the next Men’s Basketball World Cup, with the first matches set to be played on August 25, 2023 in the event to be hosted by Indonesia, Japan and the Philippines. . It’s not the Olympics and won’t get the same attention, but it’s a top priority for the Americans, especially as the United States finished seventh – the senior national team’s worst performance at a major international event – at the last World Cup in China three years ago.

“Humility is a powerful tool,” USA Basketball CEO Jim Tooley said when asked what Americans got out of the move to China. “And, you know, it doesn’t hurt to have that and to remember that. Not that we were arrogant or disrespectful to our opponents, but it’s just a reminder that we have to keep working and don’t take it for granted.”

This work resumes Thursday in Las Vegas. The Americans, using a roster packed with players who are likely to spend the coming season playing internationally or in the G League, host Uruguay to open the second round of World Cup qualifiers.

A win on Thursday brings the United States closer to qualifying, and a sweep of that two-game window — the Americans play Colombia on Monday — would likely put them on the verge of a berth. After this window, the next round of qualifying matches will take place in November.

None of the players who will be in uniform on Thursday — names like David Stockton, Mac McClung and Langston Galloway — were there when the Americans finished seventh at the last World Cup. They won’t be there with the Americans at the next World Cup either; those spots on the roster will be offered to big-name NBA players. But they are the ones in charge of qualifying and giving the Americans a chance to erase the disappointment of finishing seventh.

“You never want to feel like you need it,” said Sean Ford, manager of the United States men’s national team. “But if you don’t learn from that, you’re really going to take a step back. We’ve learned a lot. We’re learning a lot because the NBA game has changed over the last seven or eight years, there’s a lot more It’s just unbelievable, unbelievable the number of 3-point shots that are taken, the freedom of movement, the flow of the game. But the international game has remained physical.

Steve Kerr masters one of these styles. Now he will have to master the other.

Kerr’s Golden State Warriors, the reigning NBA champions – with four titles over the last eight seasons – are the epitome of what Ford talks about when discussing the evolution of the professional game, drawing on the 3 dots, movement and spacing to win. Kerr knows full well how different the international game is as he was with the United States as an assistant under then-coach Gregg Popovich for the last two majors; seventh place in China, then the gold medal at the Tokyo Games last summer.

It was a logical progression for Kerr to take over from Popovich. And the tasks in 2023 and 2024 have been on his mind for some time now, as evidenced by the fact that he made a recruit to Stephen Curry the night the Warriors won the NBA title last season.

“He’s missing an Olympic gold medal and I think he really needs to focus on making the 2024 Olympic team,” Kerr said that night in Boston as the Warriors celebrated. “It’s the last thing for his career. Sorry, I couldn’t resist.”

Kidding aside, this is serious business for the United States. A victory in the qualifying matches or a place in the World Cup will not attract much attention. Losses, or failure to qualify, would. Getting the Americans through to the World Cup is a task that largely falls to Jim Boylen, who will coach the United States again in these next two games; he’s gone 5-1 in three qualifying windows so far.

“We have a responsibility,” Boylen said. “A big responsibility, to play as hard as possible, to play in the right way, and the reason why we have to do that is because the big team has to qualify. That’s our job.”

Kerr has rested a lot this summer. He spent time overseas, having plenty of free time with his family, preparing for the challenge of leading the Warriors once again in the fight to defend a championship.

USA Basketball hopes it won’t have so much relaxation next summer. Or the one after, since the World Cup will serve as the first qualification for the Paris Olympics.

“When an opportunity like this presents itself, you don’t stop and say, ‘I wonder what my legacy will be. You say, ‘I can’t wait to dive in with the players and the coaches’ and you go there,” Kerr said. “When all the dust settles, you’ll keep going. Hopefully we’ll put together a great team and a great effort and we’ll see how we do.”

Emoni Bates, one of the best young basketball players in the country, returns home to play for EMU

No. 42 favorite Hoosier? Picking Indiana’s Favorite Basketball Players, One Number at a Time