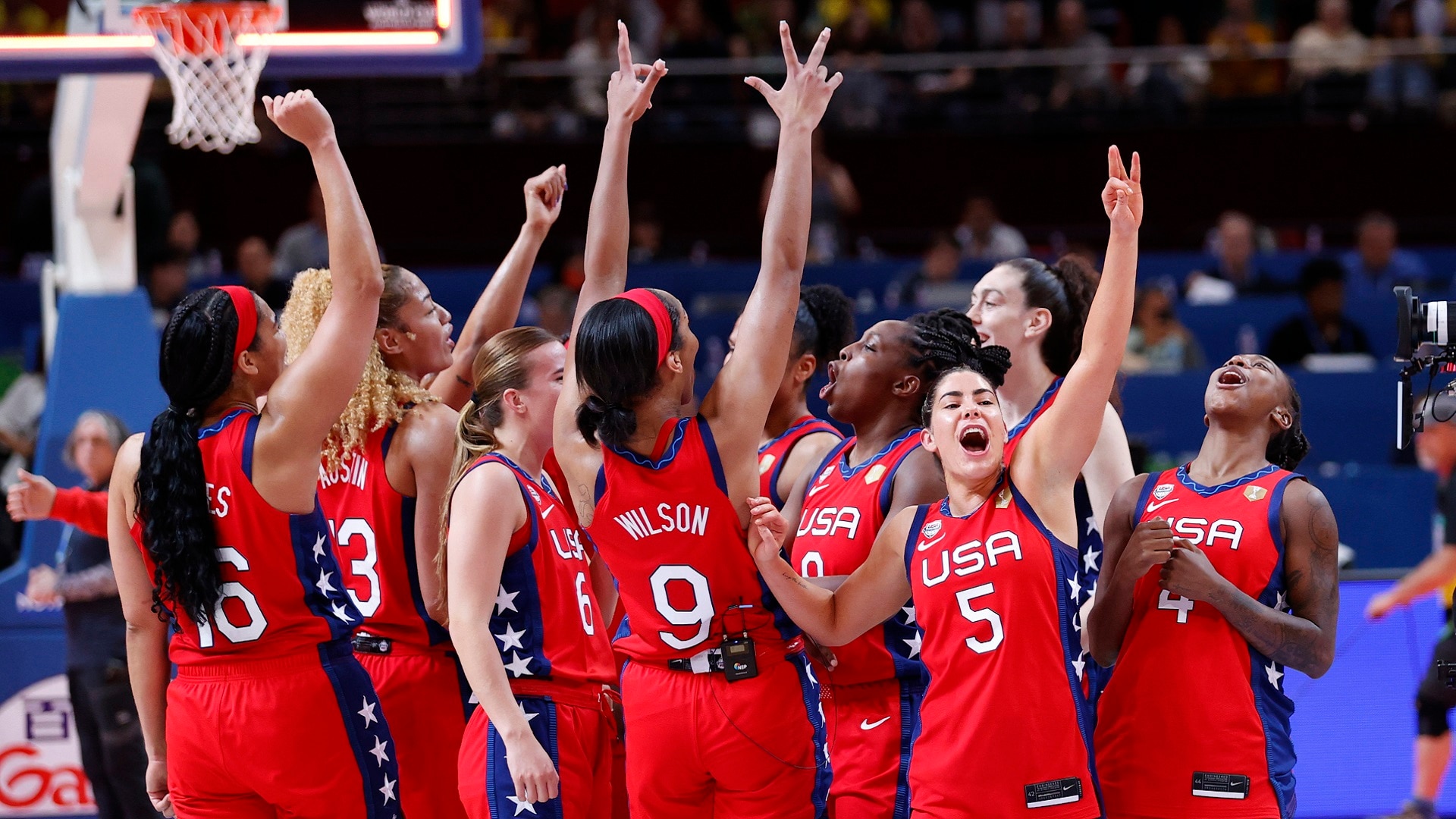 “It’s awesome,” said Wilson, who was named the tournament’s most valuable player. “We came here on a mission, we got it. We have gold. Now we are coming home with material. It does us good. Australia have been great with us. I didn’t see any kangaroos, but that’s fine because we’re leaving with a gold medal.

It was one of the most dominant teams in the history of the Americans in the World Cup which has now won 11 gold medals. They won four consecutive gold medals for the first time. It was also the biggest win in a gold medal game, surpassing the 20-point wins the Americans had won twice.

What started with Sue Bird and Diana Taurasi has now been passed down to Wilson and Stewart. With Alyssa Thomas the oldest player at 30, the dominance could go on for years to come.

“It’s been an incredible journey to continue to lay the groundwork like so many greats before us have done,” Wilson said. “Now it’s our turn to step in and be in this situation.”

As they have done in all tournaments, the Americans did it on both sides of the court, playing stellar defense as well as a powerful offense.

The match was sold out with nearly 16,000 fans – the largest crowd to attend a Women’s World Cup game since the inaugural tournament in 1953 in Chile.

Led by Li Yueru and Wu Tongtong, China lagged. The Chinese team trailed 33-28 at the end of the second quarter before the United States went on a 10-2 run highlighted by quick layups from Stewart and Wilson to extend the lead. double digit advantage.

Jin Weina hit a 3-pointer just before the halftime buzzer to bring China within 10.

The United States was just too good to let the upset happen, beating China 25-14 in third. The Americans had a scary moment when Thomas fell after colliding with Li in the lane. She was helped off the pitch, but returned minutes later.

“It was a tough match as we expected,” said Thomas. “This game is by no means easy. We stuck to it and got the win.

China won their first medal since the 1994 World Cup when the team also took silver and are a rising power in women’s basketball. After the game, the team posed for a photo with their flag and big man Yao Ming, who is the president of the Chinese Basketball Association.

Li finished with 19 points and Wu added 13 before leaving the game in the fourth quarter after his knee gave way on his way to the basket. She had to be taken off the field.

It is the 30th straight World Cup victory for the Americans, who have not lost since the 2006 semi-finals against Russia. The Soviet Union holds the World Cup record with 56 consecutive victories from 1959 to 1986. It is only the second time in the Americans’ storied history that they have won four straight gold medals. They also did it from 1979 to 1990, winning three times.

This American team, which has so many new faces, continued to dominate the paint even without the 6-foot-8 Brittney Griner, outscoring their opponents by an average of 55-24.

The teams met in pool and China gave the United States their toughest game, losing by 14 points.