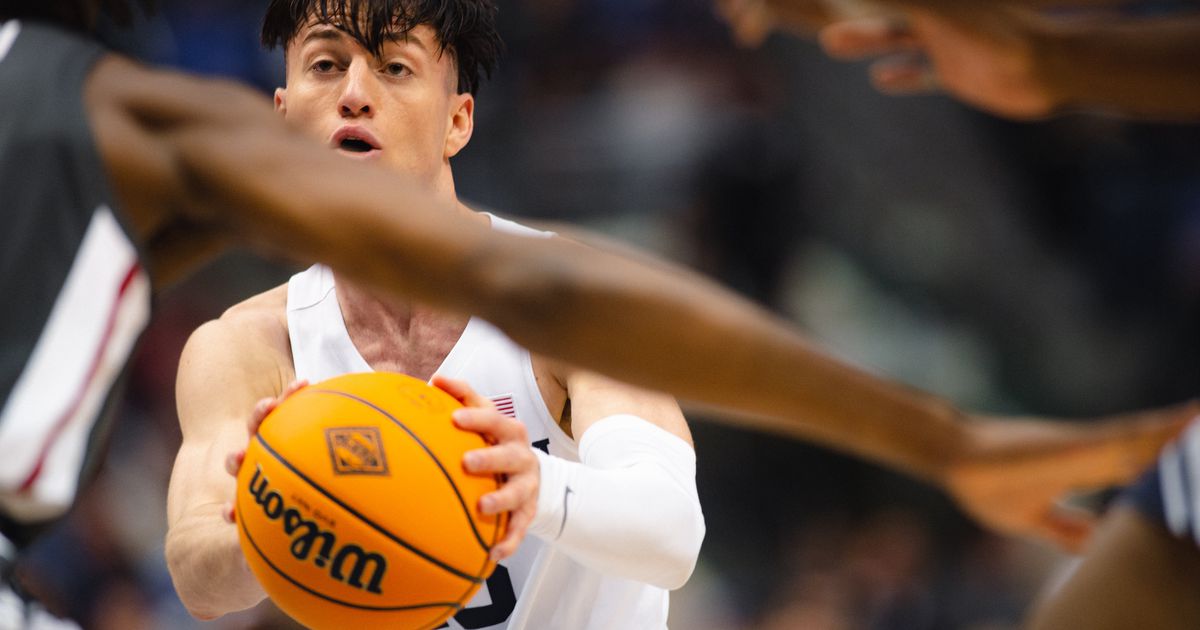 Utah basketball players who have signed pro contracts in Europe

Three of the players graduated or attended BYU

(Rachel Rydalch | The Salt Lake Tribune) Brigham Young Cougars guard Alex Barcello (13) knocks the ball down to start the offense during the NIT quarterfinal game against the Washington State Cougars at Marriott Center on Wednesday, March 23, 2022.

We’ve seen and Utah-bound female basketball players recently had opportunities in the NBA Summer League, while others played alongside legends in WNBA training camps.

Some of that dust has settled recently, as many of these players have officially signed professional contracts. These deals, however, were not from professional teams in the United States, but rather overseas.

Four players with ties to Utah, including three from BYU, will begin their professional careers in Europe.

Alex Barcello has signed with Kolossos Rhodes BC in Greece. The team, which plays in the top-flight Green League, announced the move on its Twitter account on Friday.

Barcello was undrafted in the 2022 NBA draft, but had the opportunity to train with several NBA teams before playing in the NBA Summer League with the Toronto Raptors.

BYU’s Paisley Harding (13) reacts after hitting a 3-point shot against Gonzaga in the first half of an NCAA Women’s College Basketball Championship game at the West Coast Conference Tournament on Tuesday, 8 March 2022 in Las Vegas. (AP Photo/John Locher)

Barcello’s Cougar compatriot Paisley Harding will play in Germany for the GiroLive-Panthers Osnabrück in the Toyota Women’s Basketball 1st Bundesliga. Her husband, Conner, who played at Utah Valley University and BYU, signed with WWU Baskets Münster in the BARMER ProA Bundesliga in Germany.

Earlier this year, former BYU women’s players Sara Hamson and Maria Albeiro signed their own overseas contracts. Hamson signed with the Knox Raiders in Australia NBL1, and Albiero played 12 games with Blumanau in Brazil and averaged 11.3 points, 4.8 assists and 5.3 rebounds.