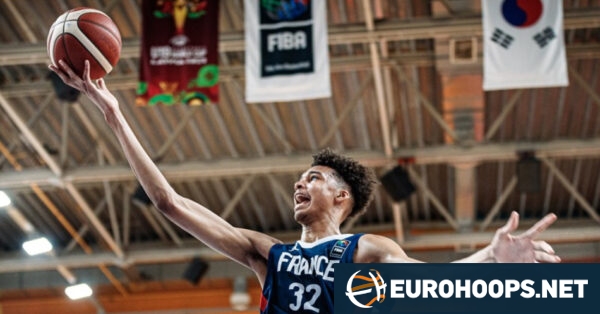 Victor Wembanyama is taking the basketball world by storm and before being drafted, he also saves the FIBA ​​November and February windows in Europe, giving more than local interest in the playoffs.

It is well documented how FIBA ​​windows help the sport in underdeveloped basketball countries. Fans flock to see their national teams play in their country and Eurobasket winner Sergio Scariolo has explained how he used the windows to build the new version of the Spanish national team. Meanwhile, in FIBA ​​Zones, where missing NBA players are not so many, the national team playoffs are a resounding success.

However, there are huge concerns during the FIBA ​​Winter Windows over the potential burden EuroLeague players, coaches and clubs have to bear, as highlighted by coaches Dimitris Itoudis, Giorgos Bartzokas and Zeljko Obradovic.

And although all three are EuroLeague coaches, with Itoudis having a dual role as head coach of the Greek national team, even German national team coach Gordon Herbert, who has no no connection to the EuroLeague, spoke of the fact that perhaps a winter window accompanied by a “real break” of EuroLeague action would suffice.

In the meantime, we have the example of the rescheduled EuroLeague match (9/11) between Milan and Virtus to better accommodate for all participants the national team match between Italy and Spain (11/ 11). It remains to be seen if this is just a one-off or a sign that things are happening, as at this stage there are talks but no agreement between the EuroLeague and FIBA ​​​on the issue.

This change was made due to the will of Milan and Virtus and of course the presence of Sergio Scariolo on the bench of Virtus and the Spain national team played a huge role in this regard.

However, this is only a small image.

This summer, European basketball had its best Eurobasket and FIBA ​​qualifiers in terms of global interest. The presence of Giannis, Doncic and Jokic made all the difference.

National teams were the vehicle, not the focal point. Everyone loves their national teams and also loves to win. But the measurements tell the truth and people want to see the biggest stars.

Greece played Belgium in the capital Athens in a sold-out 18,000-seat arena with US media present. Just two months later, the national team will again play in a sold-out arena, but on the island of Crete with a capacity of 5,000 against Latvia, in a match that outside the two countries has minimal appeal. .

That wouldn’t be the case if it was a duel between Giannis and Porzingis.

So it’s as simple as that. The recent Eurobasket proved the importance of NBA players competing for their national teams and provided a blueprint for mainstreaming basketball around the world by capitalizing on the popularity of the NBA.

And that should be the ultimate goal, to make the sport mainstream and put it in 18,000-seat arenas once and for all.

That’s why especially outside of Europe, the news in the November window is centered solely on Victor Wembanyama. His debut with the France team in the game against Lithuania will make headlines around the world and in the biggest basketball markets on the planet.

At this point, the rest is just noise…