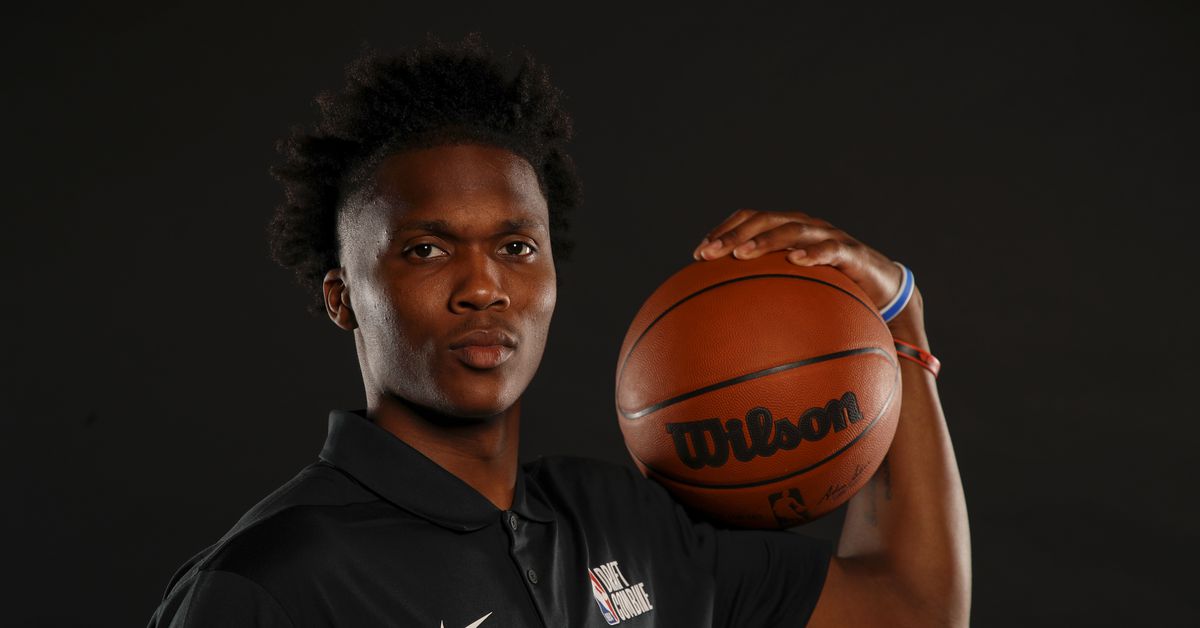 The highly anticipated NBA Draft The lottery came and went Tuesday night, ordering the top 14 picks in next month’s draft.

With the lottery settled and the NBA Combine in full swing in the coming days, it’s a good time to culminate where Arizona’s NBA Draft entries – Benoit Mathurin, Christian Koloko and Dalen Terry – stand in the latest fictional drafts.

Mathurin and Koloko declared themselves for the NBA draft without the possibility of returning to university, while Terry declared while maintaining college eligibility. Terry has until June 1 to opt out of the draft and return to Arizona, and what he does in the NBA Draft Combine that begins Wednesday in Chicago could determine what he ends up doing.

Of the five fictional drafts listed, ESPN, Sports Illustrated, and The Athletic offer first- and second-round screenings, while CBS Sports and SB Nation only screen the first round. Screening analyzes are in italics when provided.

Mathurin: No. 11 in New York Knicks

The Knicks have had a tough season offensively, ranking last in 2-point percentage and second-to-last in assist rate. This pick won’t solve all of their problems, but adding an All-American wing like Mathurin, who is an exceptional perimeter shooter and looks ready to contribute right away, might make sense because he can play any wing slot alongside RJ Barrett and has plenty of the advantage of growing up at just 19.

Terry: No. 39 at Cleveland Cavaliers

Koloko: No. 40 in Minnesota Wolves

Mathurin: No. 7 in Portland Trail Blazers

Mathurin took advantage of a great opportunity at Arizona, emerging as a go-to scorer and a force in transition while honing his game as a playmaker and defenseman. He’s a top athlete with untapped skill potential, and he should be able to help contribute buckets as a supplemental scorer next season. Mathurin isn’t the most intuitive player, but he always feels like he comes into his own. He showed confidence and character while standing out in some notable places during the season. He’s also young for a second year, which makes his individual development over the past year all the more encouraging. He’s an interesting fit to Portland, who needs to find support markers around Damian Lillard and could use some help on the wing.

Koloko: No. 37 in Sacramento Kings

Mathurin: No. 8 in New Orleans Pelicans

Mathurin won the Pac-12 Player of the Year this season as a terrific scorer who averaged 18 points and six rebounds per game while shooting 45 percent from the field and 37 percent on 3. His role in the beginning of his NBA career will be that of a 3 marksman. He is excellent as an out of the grip shooter and has a little more play than that when driving fences and attacking using secondary actions. If he can continue to improve as a ball handler, he could have a real advantage beyond that. It also helps that he is a formidable open-floor athlete who descends with powerful jumping ability. He’s improved dramatically every year, including this season, when he made legit progress as a passer by averaging three assists in his last 16 games. His defense will be a work in progress as his fundamentals and level of effort haven’t always been there. But Mathurin is a model ground spacer more than a player early in his career and should make an impact on any team that needs help on the wing.

The Pelicans should continue to look to add shots to surround a core around Zion Williamson. Mathurin fits very well as a player who could make an impact as early as next year on a playoff team and fits very well potentially on the wing with defensive dynamo Herb Jones.

Koloko: No. 34 in Oklahoma City Thunder

Terry: No. 39 in the Cavaliers

Mathurin: No. 9 in San Antonio Spurs

Mathurin became one of college basketball’s biggest stars as a sophomore and helped turn Arizona into the No. 1 seed in the NCAA Tournament. The 6’5 guard has established himself as a lottery pick with a deep shooting range, an opportunistic cut and the ability to impact play offensively without holding the ball. Mathurin’s shot will have to be his calling card, and he’s made 37% of his three-pointers on 225 attempts this year. He has extensive range on the spots and, more importantly, has shown the ability to land shots while running off screens. Mathurin’s cutting ability also jumped on the tape: he’s good at eating up the space the defense gives him in the hallway, and he’s an explosive two-footed jumper when near the basket. The question with Mathurin’s offense is how much dribbling juice he’s going to provide: his grip can be a little shaky and he’s missed quite a few open passing windows in college. Defense could also be a tricky assessment: Mathurin should have the speed and length to be good defensively against smaller guards, but he’s often prone to ball errors and poor technique. There are a lot of terrific young combo guards in the NBA right now, and if Mathurin continues to develop as a dynamic shooter, he has a good chance of joining them.

Mathurin: No. 11 at the Knicks

New York finished 10th in its conference in 3-point shooting percentage this season, so Mathurin is an obvious gap-filler here in wide range. He’s shot 37% from the 3-point line as a sophomore with Arizona this season and has a fast, easily projectable outside shot that will make him a valuable role player for years to come.