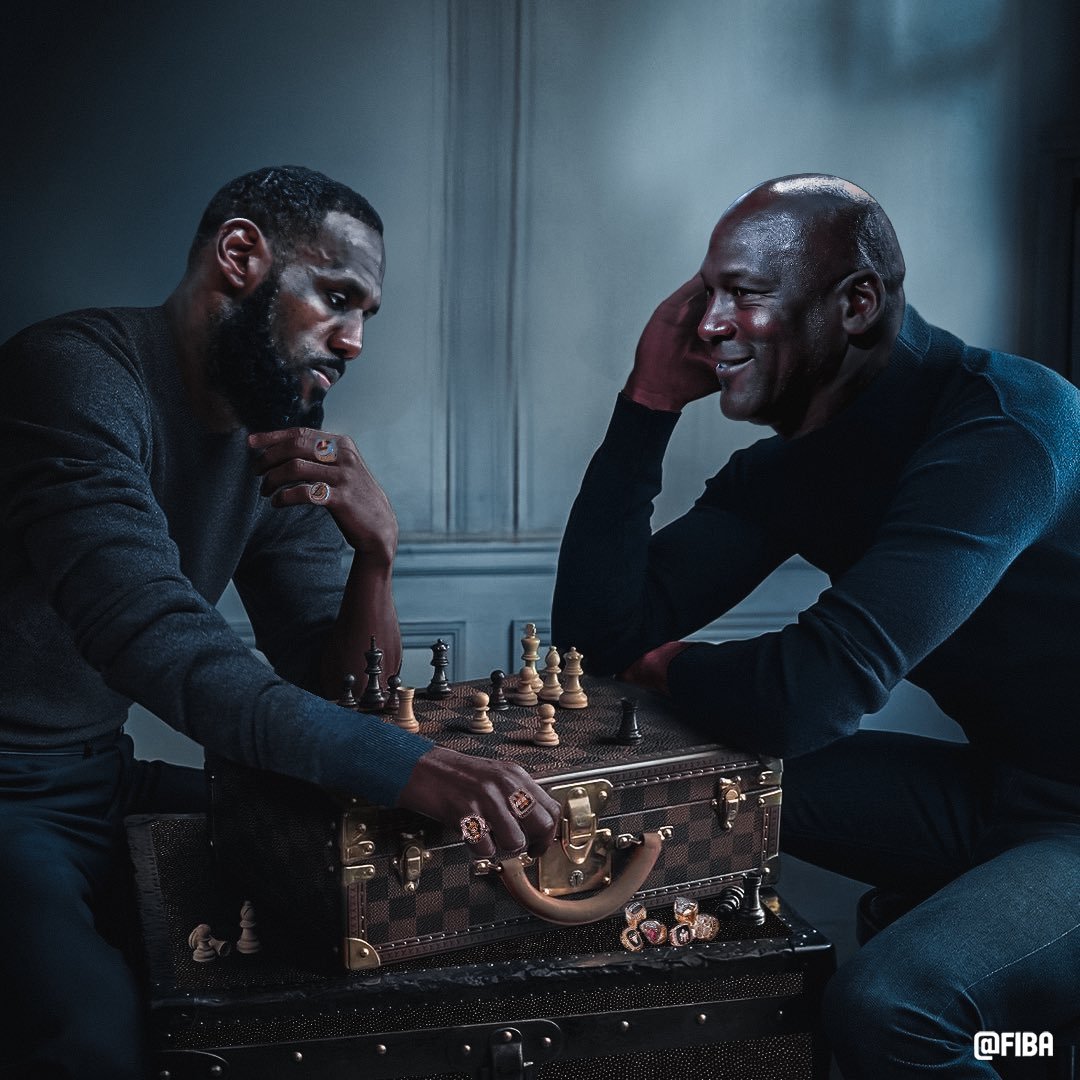 As the world’s biggest sporting event got off to a historic start, fans are overjoyed at the Qatar FIFA 2022 World Cup. However, the billions of eyes on the tournament for the next few months will focus on the two of the biggest names in the sport. Celebrating what could be Lionel Messi and Cristiano Ronaldo’s final World Cup races, Lois Vuitton released an iconic snap that broke the internet.

The splendid shot of the two legends playing chess on a Lois Vuitton case has reached every corner of the internet. Therefore, FIBA ​​pulled out all the stops and recreated the iconic photo featuring Michael Jordan and LeBron James. However, FIBA ​​couldn’t imagine the absolute chaos that would ensue after the post.

The consensus among football fans favors Lionel Messi and Cristiano Ronaldo as two of the sport’s greatest players. Messi and Ronaldo have etched a vibrant image of No.10 and No.7 in the minds of billions after decades of dominance. But unlike football, where the crown can end up on either of those two, in basketball, the GOAT debate has multiple contenders.

However, the two most popular names still appearing in these debates are LeBron James and Michael Jordan. However, a significant portion of the fanbase also vehemently rejects this idea. Either way, the GOAT debate was the most contentious debate in the NBA that divided the fanbase for decades. Likewise, after FIBA ​​recreated the iconic LV shot and dubbed it “Two Kings, Checkmate” unsurprisingly, a social media storm ensued.

Here are some of the reactions from fans on Twitter:

Damn, why is Lebron here? There are at least 5 players bigger than LeBron in basketball history outside of Jordan

Get your own picture

Over the NBA’s rich 75-year history, more than 4,500 players have lined up on the court; however, only a handful have achieved all-time greatness status. Additionally, among those greats, another elite group have differentiated themselves from the rest and cemented their legacy on basketball’s Mount Rushmore. For decades, the debate has revolved around household names such as Jordan, James, Abdul-Jabbar, Bryant, O’Neal and a handful of others. However, over the past decade, James’ historic run has exalted his status atop all the leaderboards alongside Jordan.

What do you think of FIBA’s recreation of the photo featuring James and Jordan? Let us know in the comments below.