KIGALI (Rwanda) – Nigeria had a disappointing Tokyo 2020 campaign a month ago after finishing 0-3, but why did the entire roster pull out of FIBA ​​AfroBasket 2021?

The D’Tigers are known to have endless options to adapt to the squad at any time, whether that’s a blessing or not remains to be seen as Nigeria have only won one league title. Africa (2015) since its debut in the contest in 1972.

By the time Nigeria head coach Mike Brown announced the final roster for this year’s AfroBasket in Kigali, only a few names had history with the team.

“THERE WERE A LOT OF GUYS WHO WANTED TO PLAY, [BUT] THEIR TEAMS WILL NOT RELEASE THEM AS TRAINING CAMPS START NOW. SO THIS HAS PUT US IN A LITTLE DIFFICULT BUT STILL THE DEPTH OF NIGERIAN BASKETBALL IS WHAT EXCITES ME.”-Mike Brown

With the eight NBA players who played for Nigeria in Tokyo unavailable, Brown had to create a new team from scratch in less than three weeks.

Of the 16 players who have represented Nigeria in their six qualifying matches, only Omotayo Ogundiran and Emanuel Omogbo have returned for AfroBasket 2021. Ibe Abuchi Agu was selected for the qualifiers but did not play a single minute.

Stephen Domingo had already been shortlisted, but he only made his debut for his country in official competition at AfroBasket 2021.

Ogundiran averaged 2.7 points and 2 rebounds per game while Omogbo contributed 4.3 points and 5 rebounds in the Group D first round of the November 2020 playoffs.

With so many changes to the roster, could team consistency and chemistry be an issue for Nigeria?

Brown explained how he put together his squad and what training for Nigeria looks like.

“The great part of being part of Nigerian basketball [is that] there are many players who are available to play. The hard part is having this competition at this particular time, for us that makes it really difficult,” Brown said. 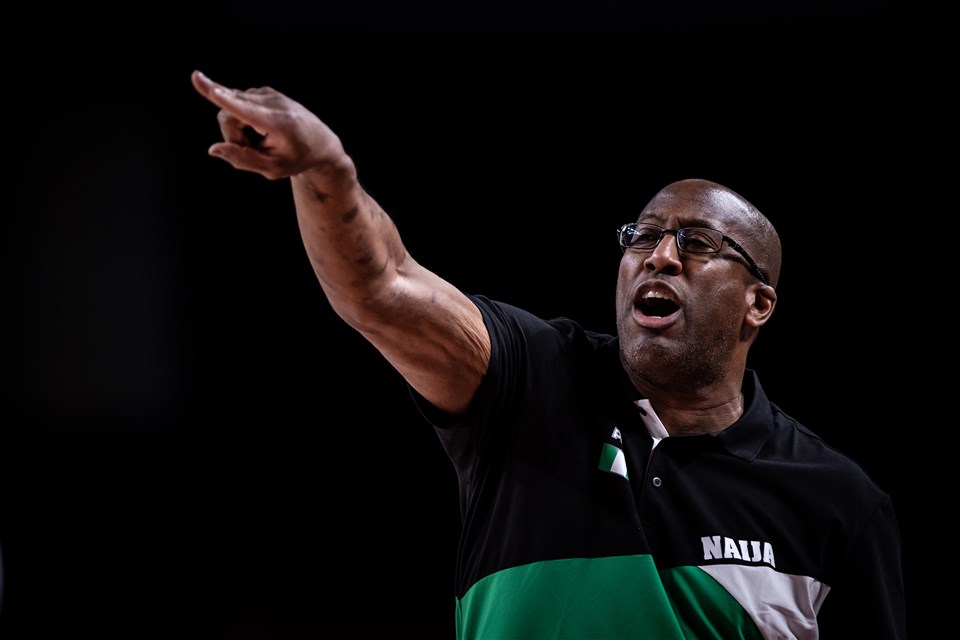 Mike Brown made his Olympic debut at Tokyo 2020

Brown continued, “Caleb Agada wanted to play [in Kigali]. He played all the way through the Olympics and then he went on to play for the Denver Nuggets Summer League. Now, to ask him to come here and play for two and a half weeks, and go into the season, it’s not healthy for his body to play so much all year.

“As a coach – I started coaching on June 20, but I was preparing to coach long before that. I coached for almost two months and took about a week off to visit my parents, and I’m coaching again. Then when I leave here, as soon as I land I’m going to the coaching retreat with the Warriors; two weeks later, we start the [NBA] season. 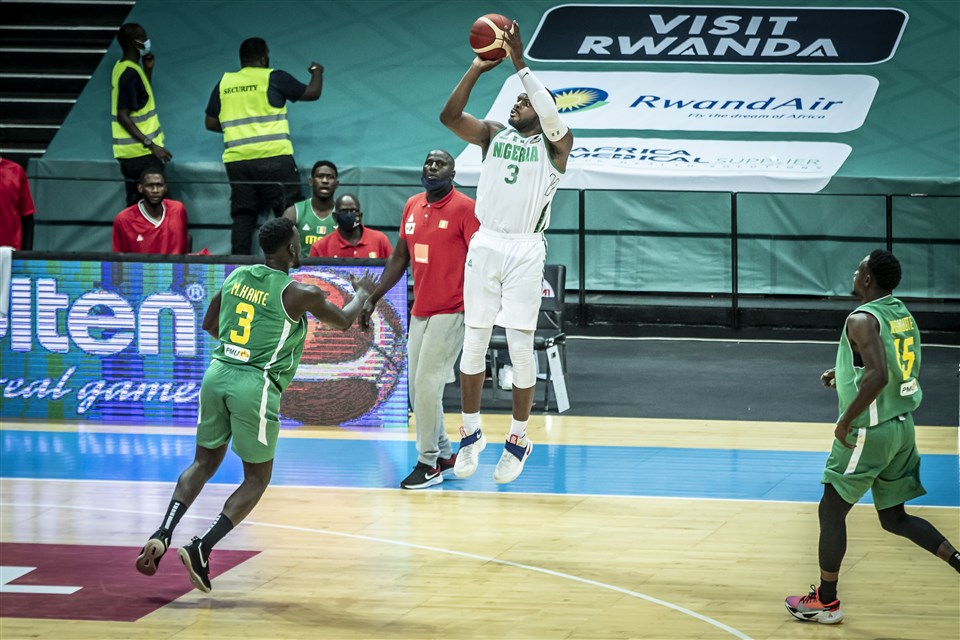 “Yes, we are a young team or an inexperienced team, but training these guys and being able to try to implement our system offensively and defensively with these young guys just adds to the experience of the program. It will help us a lot going forward, especially bringing in the four players from the Nigerian League To be able to touch them and get them to play with these guys and make them understand what our system is offensively and defensively, get used to the way we coach – all it’s going to do is elevate Nigerian basketball,” Brown concluded.