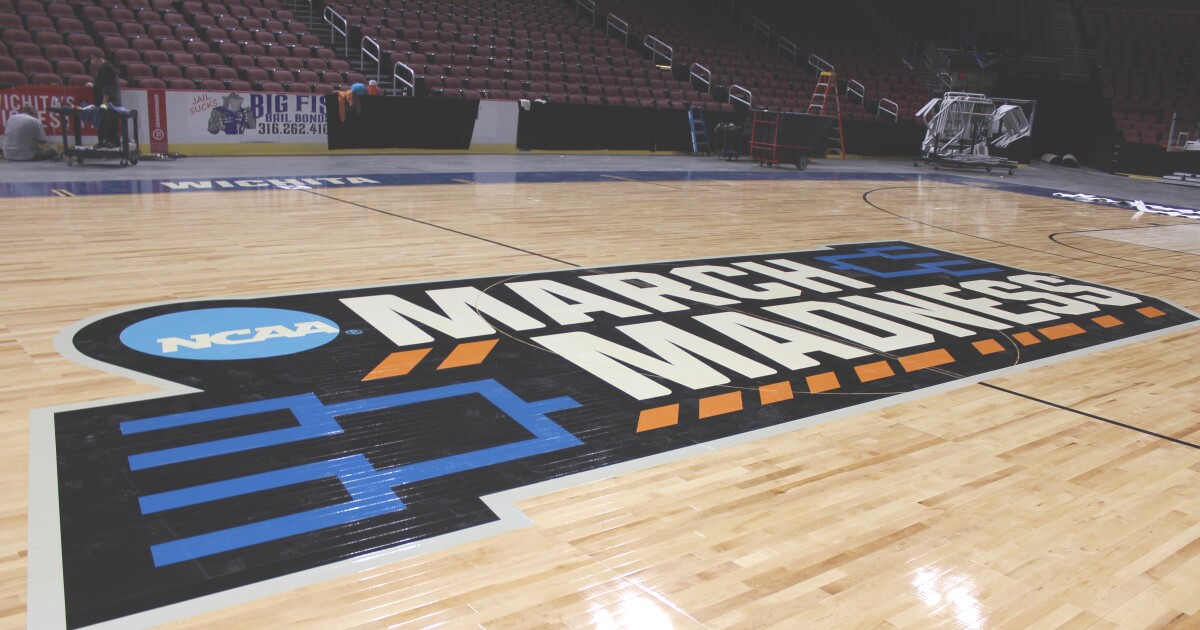 When Intrust Bank Arena hosted NCAA basketball tournament games in 2011 and 2018, it was the tournament’s opening weekend.

This weekend’s regional women’s tournament has a bigger reward: a trip to the Final Four.

“The biggest difference is obviously what’s at stake,” said tournament director Brad Pittman, who was also in charge of Wichita regionals in 2011 and 2018.

“You’ve had four teams that have already won two games. So there’s a lot more at stake.”

Louisville, Michigan, Tennessee and South Dakota are the four teams headed to Wichita hoping to play next month in the Final Four in Minneapolis.

Louisville plays Tennessee at 3 p.m. Saturday, followed by Michigan against South Dakota. Winners play Monday night at 8 p.m. for a trip to Minnesota.

All games will be broadcast on the ESPN network.

Pittman is a senior associate athletic director at Wichita State University, which is the host school. He said he remembered the 2011 regional, which was played about a year after the arena opened.

“Obviously it was my first run with basketball,” he said. “It was the first time the arena had hosted a basketball event, so it was a challenge.”

He said one of the biggest changes since 2011 is the effort to treat the women’s tournament the same as the men’s event.

“I know the focus has been on fairness, and I would say they’ve taken a big step in that direction to get to this point,” Pittman said.

He said the preparations for this weekend’s tournament “remind me a lot of what we did for the (men’s regional) in 2018. There are a ton of similarities.”

The 2018 region featured the University of Kansas, which meant strong ticket sales and sold-out crowds for both KU games.

The women’s tournament is unlikely to sell out the roughly 14,000 arenas, but Christine Pileckas said ticket sales are increasing.

“Ticket sales have been very strong now that we’ve locked in all four teams coming to the Wichita area,” said Pileckas, director of reservations and marketing at the arena.

“South Dakota, being their first-ever appearance at the Sweet 16, brings a strong presence. They bought a couple thousand tickets, and that actually pushed us to the upper tier of seating. “So we’re going to use (the arena ) upper bowl as well, which is strong enough for a female regional. »

Pileckas said the arena hopes to sell more than 10,000 tickets for the weekend.

There will also be activities outside the arena on Saturday. The Fan Fest, held in 2018, will be held in and around Naftzger Park. It will run from noon to 8 p.m. and will include food trucks, a DJ playing music, tournaments on the park’s big screen, basketball hoops and yard games.

Wichita received this weekend’s regional award in July 2018. Pittman said the hours of planning since then will pay off this weekend.